WE USE COOKIES TO IMPROVE YOUR EXPERIENCE :READ MORE
ACCEPT
Thomais Christodoulopoulou
PARTNER
26
36.5 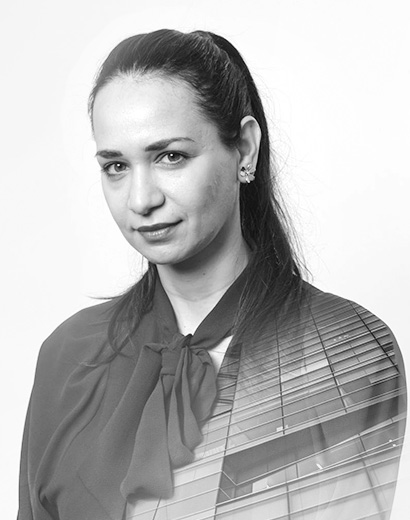 Thomi Christodoulopoulou is a Partner at KLC Law Firm. She has a wide – ranging experience and expertise in the area of tourism and hospitality, advising and executing  major related transactions on all aspects of the business and has extensive experience and expertise in litigation and dispute resolutions cases as well as  international arbitrations focusing on a variety of market sectors.

Advised Grivalia Hospitality on the acquisition of a SPV in the Athens Riviera for the development of a six-star city resort and its related debt financing.

Advising a subsidiary company of Grivalia Hospitality for the development of  the “Asteria” project in relation to the negotiations and drafting of the operations/management contracts with major Hotel and F & B operators, as well as in relation to the drafting of the contractual arrangements for the development and construction of the “Asteria” project.

Advised Grivalia Hospitality on various acquisitions in the field of hospitality.

Advised a major hotel owner and operator during the negotiations, drafting and execution of its hotel management agreements with a leading global investment fund for the management of two of its hotels in the Ionian islands.

Advising a global investment fund in its negotiations with a major global hotel operator for the management of its five-star hotel in the Cyclades.

Advising a major hotel owner and operator during the negotiations, drafting and execution of its agreement with various tour operators.

Exclusively advising a high net worth individual for the past three years on various mergers and acquisitions regarding its investments in the fields of technology, tourism & hospitality.

Advised Corinth Pipework on its participation in the Interconnector Greece – Bulgaria project (ICGB).

Advised Corinth Pipework on all contractual arrangements for the development of a new industrial production line.

Representing Bombardier GmbH in its multi-million Euro disputes with Hellenic Railways Organization regarding the delivery of trains for Greek railways.

Successfully represented Energean Oil & Gas in defending a number of lawsuits by minority shareholders for the annulment of decisions issued by the general assembly of its shareholders.